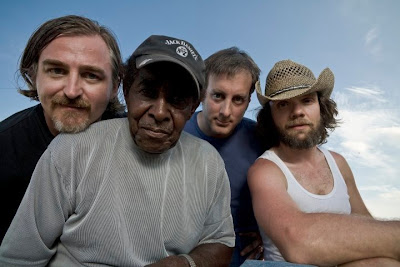 “…playing with [T-Model] so much has given GravelRoad the skills to jump into the hole with T-Model and land on their feet. They followed him through every turn in the music, came in strong with every song, and made T-Model sound better than he’s been in years. They gave T-Model’s music drive and energy where there has been sloppiness. They made him sound like a man reinvigorated. This music had power. And most importantly, they swung the beat.” –

“GravelRoad…took the lead, playing a couple of their own numbers, showing why they make a great complement to Ford with their low, rough, electric blues-drag sound…While Ford was undeniably the star of the show, the support of GravelRoad should not be underestimated. Zillioux stayed tight in Ford’s wake through tunes like “I Love You, Baby”, “Hip Shakin’ Woman”, “Chickenhead Man” and “Train I Ride”, while Reinsel pummeled a tide of heavy beats that were more than a little responsible for the shaking of hips through the night.”